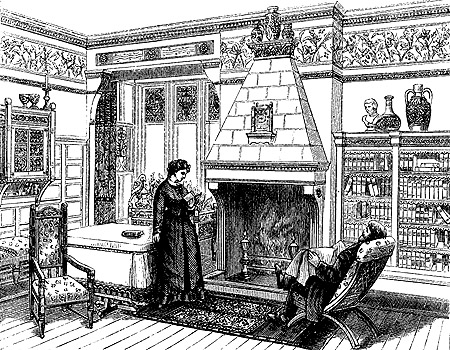 I received this list from Townhall Magazine and thought I’d share it here on Educators At Home. No doubt some of these titles are quite challenging for many of us….especially me…but if we read them the way that Mortimer Adler instructs us to in   How to Read a Book, perhaps we will have a measure of success with some of these titles.  As the main teacher in our family,  keeping myself reading and informed is a huge part of staying inspired and motivated.  My children benefit when I’m reading good books because my enthusiasm spills over to them.  When I read my Bible, my family benefits.  When I’m eating healthier, they also benefit and do the same.  If I read, I’m not quite as dull because I’m inspired to pass on whatever I’ve learned.  Perhaps if you’ve experienced the same in your family, you will find this list helpful.  Some of these titles, I’ve read in the past and others are on my bookshelves right now.  Please comment on this list if you would like,  and tell me what you have enjoyed reading in the past.  Blessings to you as you train and disciple your children and Happy New Year!  ~Anne 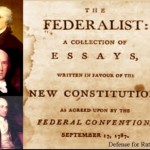 3.   Basic Economics by Thomas Sowell – One of the most crucial sets of tools in the adroit conservative’s arsenal is a basic understanding of economic theory

4.   Democracy in America by Alexis de Tocqueville – The definitive document on the emergence of a unique American character, society and system of government

5.   The Bible-No matter your faith tradition, the Bible is the book that more than any other shaped American values and founding documents

6.   Atlas Shrugged by Ayn Rand-  Ayn Rand’s opus described a futuristic society in which the most productive people are simultaneously exploited and vilified by those who aren’t successful.

7.   Common Sense by Thomas Paine- Perhaps no other books so encapsulates the American spirit of liberty that “Common Sense,” first published in 1776.

9.   Animal Farm by George Orwell- Even though Orwell was a democratic socialist, he was an ardent opponent of full-blown communism and understood the injustices and atrocities that occur under any sort of dictatorial regime in which power is concentrated int he hands of a few. 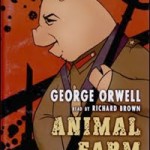 10. Capitalism and Freedom by Milton Friedman– The United States government was founded upon the classically liberal Enlightenment principles of limited government, personal freedom and inalienable rights, but such a classically liberal society cannot function properly without economic freedom

13.  Free to Choose by Milton and Rose Friedman – A powerful introduction to the basic precepts of free market economics.

14.  1984 by George Orwell – In George Orwell’s dystopia, individualism is subordinated to a collectivist state, The Party, a centralized government hell-bent on controlling its people, maintains omnipresence through four agencies charged with controlling money, the press, foreign affairs and criminals, and Big Brother is always watching you.

15.  On Liberty by John Stuart Mill- Mill discusses the important theoretical concepts behind man’s moral and economic freedom from the government.

16.  God and Man at Yale by William F. Buckley Jr. – William Buckley was once an undergraduate student at Yale and was appalled by what he witnessed within the Ivy League institution’s hallowed walls.

17.  Second Treatise of Government by John Locke – A manifesto of basic conservative principles-private property, natural rights and limited government based on consensual laws. 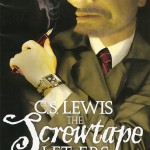 20.  The Brothers Karamazov – A Murder mystery that becomes a study of what happens when man lives without restraint, when he lives without passion or when he chooses to lives purely.  A story of man’s relationship with God, how he views God and how he struggles to find answers to the everlasting questions.

21.  The Adventures of Huckleberry Finn – Conservatives get a taste of what was most right-and most wrong with America as the country went through the growing pains of adolescence.

22.  Liberal Fascism by Jonah Goldberg – Dissects the myth that fascism is an exclusive phenomenon of the Rights and builds a strong case that the opposite is true.

23.  Orthodoxy by G.K. Chesterton – Published in 1908 as a defense of traditional Christian faith by way of a deeply personal testimony.  The author’s charming with and deep sensitivity to the human condition illuminate the truths of Christianity.

25.  Slouching Towards Gomorrah by Robert H. Bork – Former Supreme Court nominee discusses the destructive pattern of modern liberalism and where it is taking America.