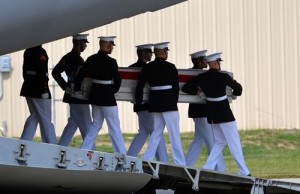 Did you know that our ambassador to Libya was killed in our own consulate in Benghazi on the night of September 11.

Why was  NO EFFORT  made to help rescue our Ambassador?

As an ordinary citizen, wouldn’t you have  decided to send extra security especially on September 11th?

Why does the main stream media always give this administration a pass…even when folks have died?

Did you know that the President and Secretary of State Hillary Clinton said that a anti-Muslim youtube video made by and American was the cause of all of this?

Why are they blaming a video instead of Islamic terrorists? Did you know that the man who made this video was arrested…and is still behind bars?

Is it illegal in America to make a video against Islam…what about Christianity?  My head is spinning with questions…is yours?