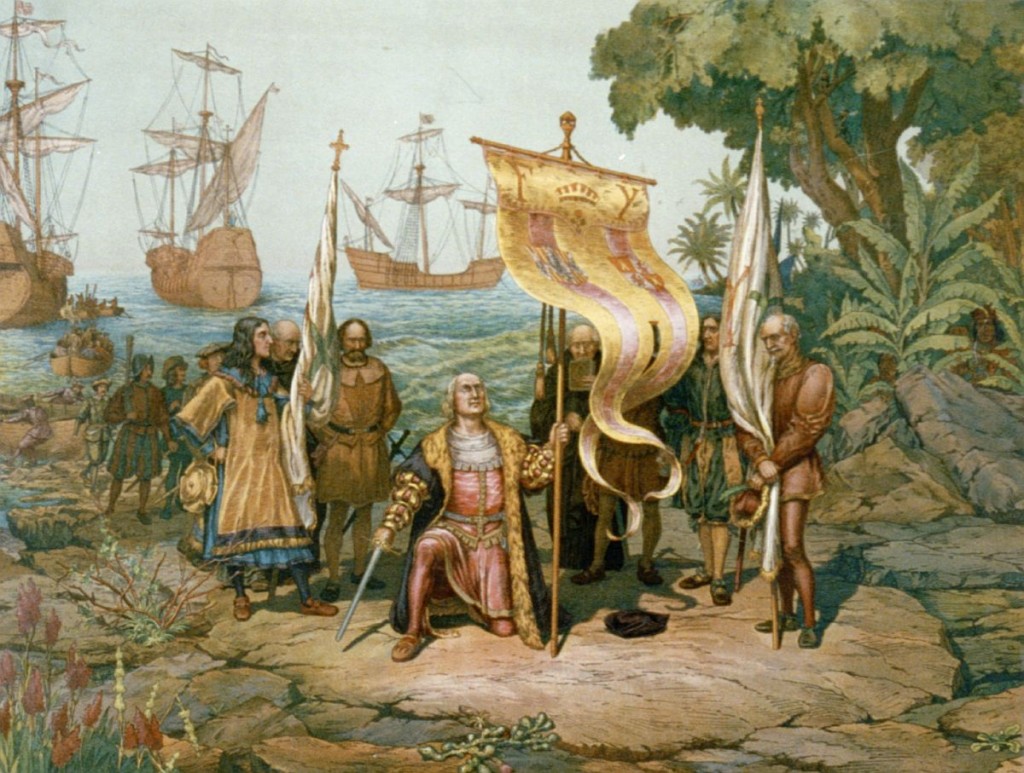 Do you remember celebrating Columbus Day when you were a child?

I vaguely remember reading about his accomplishments and recall being taught that he was  a hero and  a great explorer.  We were not given a ton of information about his faith, his prayers,  or his desire to spread Christianity,  but we were taught that he was a man we should admire and celebrate each Columbus Day.

Needless to say,  Columbus had some pride issues and he desired recognition, power and wealth—he was a sinner no doubt.  But these folks who are protesting at the Columbus Day parades and who are pressuring school districts to shun the holiday are out of line and not reading history in context.   Perhaps they have some new politically correct history books written by Columbia professors (with no original sources or bibliographies) that they are clinging to?

It is so sad and unfortunate, but today, special interest groups are depicting Columbus as an evil person in order to promote their own political and social agenda’s.  As usual these groups are small but very vocal and sometimes militant.  Columbus  has been called “The Hitler of the 15th century,”  as well as a murderer, robber, slave-trader,  and racist.  These groups have helped convince people of these lies by comparing  the values of a Renaissance man with those of a person in our contemporary world.  For example,  regarding the accusation of  him capturing and selling slaves….perhaps we should add some context.  Upon his return from Hispaniola, Columbus did capture Indians after all of his men had been massacred by the Taino tribe.  He and his men captured 2000 Indians from this tribe and took 500 as POW’s who were then sold as slaves as was the custom in 15th century Europe.  Slavery was not only practiced in Europe but it was also practiced in the Caribbean by the Caribs and Canibs who would kill their slaves and then eat them (cannibalism).

We will continue to celebrate  Columbus Day even though some groups continue to fight to stop the holiday.  In honor of Columbus,  perhaps we should read the history of this great explorer and navigator, so that our children will be able to defend and speak the truth about this subject whenever they encounter folks who have believed the revisionist history on Columbus. We should remember Columbus for being the greatest explorer of all time and for starting the European settlement of America that eventually gave us our United States.

Just as I do when we study America’s  founding fathers,  I remind my children to not put any man on a pedestal remembering that they are sinners who are  hopefully saved by God’s grace.  Columbus was a man who prayed and sought the Lord for direction.  Columbus was brave , and marked the beginning of our America.  He was a believer who struggled with sin but was still used by God to accomplish his purposes.  He should be  remembered because:

Although Christopher Columbus has become a controversial figure during these days of political correctness and anti-colonialist thinking,  most scholars  agree that he should be honored as an intrepid and brilliant navigator. George H.W. Bush remarked that he “set and example for us all by showing what monumental feats can be accomplished through perseverance and faith.”  Enjoy your family  on October 11th &  Happy Columbus Day!   ~Anne 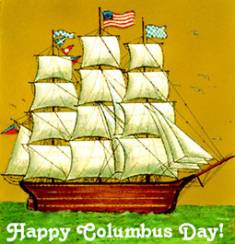