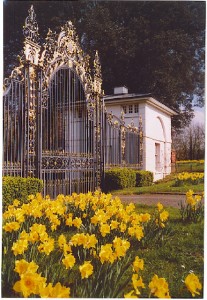 This article made me pause and think about whether or not I considered all three of these “Golden Gates” in my conversations, my  postings, or even when I teach my children.  It also reminded me of times when folks have used words that are unkind, or unnecessary and how they have hurt me for many years. The Bible reminds us that careless words stab like a sword, but the words of wise people bring healing. (Proverbs 12:18)

My boys and I read through this article and talked about each “Golden Gate.”  We discussed how we could apply this in our lives with our family,  friends, neighbors and even strangers.

I pray that the Lord will forgive me for not holding my tongue when I should,  for being unkind sometimes, for bringing up subjects that are not profitable or edifying, and sometimes even keeping silent when the Lord calls me to stand up for truth and righteousness.  Amen. ~Anne

Someone once told me that if you found something good to say that you should never be afraid to repeat it.

Men will quote the Bible long after I’m gone and the words of people like Abraham Lincoln or George Washington will be repeated countless times but no one will say when its time to quit repeating their sayings. Such words are never put to rest they are only passed on to others; they belong to humanity they are legacy and wisdom and will never cease to salt the earth. Here are some of the best words I have heard in my brief stay on this old planet.

The three golden gates is something I first heard about from one of my first pastors, Richard Land. It did not originate with him but I have always been glad that he chose to repeat these words to me. Richard is now heard across the nation daily on hundreds of Faith and Family radio stations.

He said that before you say anything to anybody you should see if it can pass successfully through all three of the golden gates. If it couldn’t make it through all three gates it was probably not something that should be spoken at all.

The first golden gate is, “Is It True.” For most people this is the only gate they let their words pass through. Who has not heard someone retort “well it is true isn’t it” right after they had slaughtered someone with a few poison words? This is poor diplomacy at best and is often used as a cloak of maliciousness. That something is true is not a mandate for you to repeat it to the hurt of others. It is no secret that truth without love is cruelty and love without truth is sentimentality. Many truths are weapons in the hands of those whose motive it is to hurt. Truth then is only gate number one, so let’s move on.

The second golden gate is, “Is It Needful.” Regardless of the veracity of what you are about to say, do you really need to say it? Here is where a lot of retort will fail to report. Most of the nasty things repeated would have no sting at all if they attempted to pass through gate two. Only people of character will have a gate number two. People who care about others, who understand the weight of words and who seek love are those who have a second golden gate. The power of this golden gate comes from the golden rule. When we disregard someone else’s peace, privacy or dignity; who will guard our own?

The third golden gate is, “Is It Kind.” This is the gate that causes a person to honestly look at their own motives for saying something. True things can be spoken to hurt. Un-needful things are spoken daily by the careless and indifferent. Words spoken without love are the worst of the bunch because they have a lingering and damaging effect whose poison goes on and on. They are the great enemy of mankind. They are the precursors to every evil result from hatred to murder. Most words that have made it through the first two gates will fail at gate number three.

These gates are useful in almost every personal relationship you will ever have. They can help marriages, families, and any interaction with anyone on any level. They require a conscious effort to use and in time you will become more skillful at using them but in every case you will become a better person for trying.

A word fitly spoken is like apples of gold in pictures of silver. Proverbs 25:11