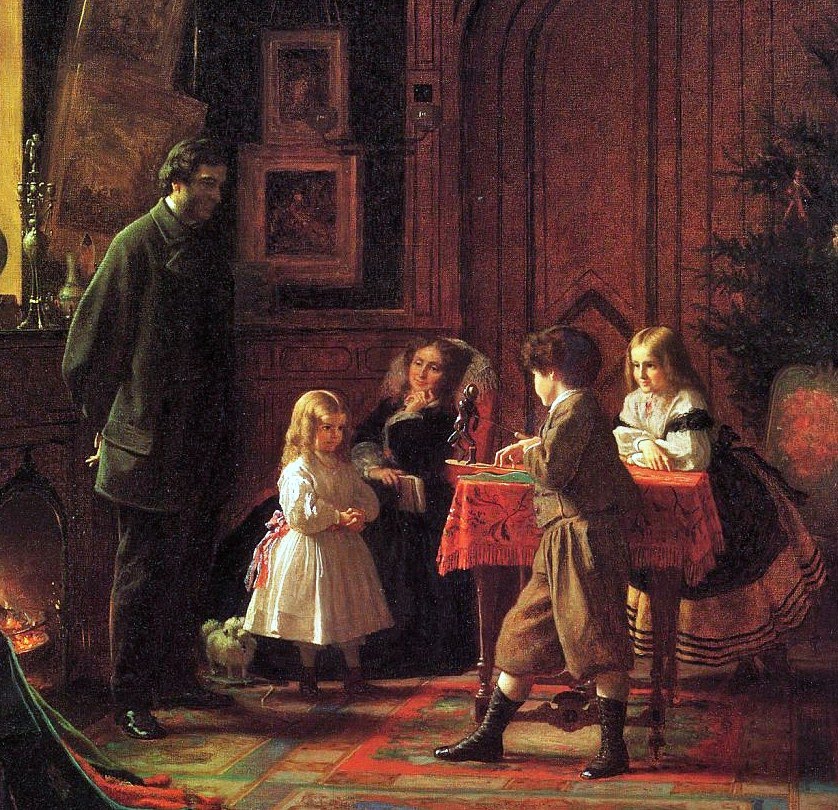 This notion that the children belong to the state, that their education must be provided for by the state … is inimical at every step to liberty.” – J. Gresham Machen

The swelling legions of homeschoolers poke a subtle rebuke at America’s ever expanding nanny state. Under both parties, Washington has systematically invaded private spheres and co-opted public services historically performed by local bodies. But a spontaneous groundswell of freedom minded folks has continued America’s rich inheritance of rugged individualism.

The modern homeschool movement comes largely by Christians aghast over an academic establishment overrun by progressives. Schools long ago became laboratories for instilling statism and distilling politically correct groupthink. Values clarification anyone? With public education increasingly geared toward multicultural agitation against America’s godly heritage, many parents resolved to safeguard the hearts, souls and minds of their young.

At least 1.5 million students receive home-based academic instruction. The ranks of homeschoolers are rising rapidly across every social strata, faith and ethnicity. While many families lack sufficient means for someone to stay home, it’s not generally those affluent enough to afford exclusive parochial education. The highest homeschool participation appears in households with incomes ranging from $25,000 to $75,000. The homeschool community reflects a cross-section of Americans; the children of truck drivers and lawyers, whites and blacks, rich and poor, Christians and unbelievers.

What is civilization save passing to posterity the accumulated prosperity, cultural achievements, customs and mores of our forbearers? In the American context this includes self-reliance. Parents are the primary medium for rearing children. Should liberty endure, America must restore her multi-generational perspective, lately befuddled by Leviathan permeating life.

We have two principle tutors, lessons learned via individual experience and the wisdom amassed by our ancestors. Progressives have purposely uprooted America’s multi-generational perspective for many decades. Woodrow Wilson, who prior to the White House presided over Princeton, wrote, “The use of a university is to make young gentlemen as unlike their fathers as possible.”

Not to besmirch the many fine teachers, but an education establishment intent on discrediting tradition as a compass has rendered much of America’s youth adrift with only the pittance of personal experience to navigate their course. Students are prodded to disdain the independent spirit and biblical morality which birthed America’s exceptionalism. But casting aside the wisdom of our fathers comes at great peril.

Edmund Burke admonished “The individual is foolish, but the species is wise.”

J. Gresham Machen, the foremost defender of fundamentalism in the modernist controversy of the past century, also led the battle against compulsory public education. A fierce libertarian, Machen cautioned, “If you give the bureaucrats the children, you might as well give them everything else as well.”

Barack Obama – who spent his past assailing the American system – would not be president without overwhelming support from twenty-somethings imbued with a reverence for the state. No longer the family tree, “government is the only thing we all belong to” claims the ruling party.

Ron Paul senses the urgency, “Expect the rapidly expanding homeschool movement to play a significant role in the revolutionary reforms needed to rebuild a free society with constitutional protections.” Dr. Paul warns, “We cannot expect a federal government controlled school system to provide the intellectual ammunition to combat the dangerous growth of government that threatens our liberties.” Proving his point, homeschool parents were instrumental behind several UN treaties stalling in the Senate.

Like the local self-government formed indigenously by settler communities on America’s frontier, homeschoolers spontaneously built a support apparatus from the ground up. The free market at work, parents can readily access almost any curricula, subject matter or activity.

The Department of Education’s Dr. Patricia Lines countered the notion of homeschoolers withdrawing from America’s social fabric, “Like the Antifederalists these homeschoolers are asserting their historic individual rights so that they may form more meaningful bonds with family and community. In doing so, they are not abdicating from the American agreement. To the contrary, they are affirming it.”

The most pressing motive behind taking on the terrific burden of home education is to impart religious or moral beliefs at 36 percent; safety was primary for 21 percent of parents and dissatisfaction with academic performance at other schooling options accounted for 17 percent. Parents also cited geographical distance, preferring non-traditional teaching methodologies or wishing to tailor classes per a particular student’s needs.

Some parents simply prioritize getting our children into Heaven over getting them into Harvard. Forging godly character, precept upon precept, surpasses SAT scores in importance. But homeschooled children suffer no discernible academic handicap.

It’s not only national spelling bees and similar competitions where homeschooled students have become a force. Studies consistently have homeschooled students scoring 15-30 points above national averages. A recent survey by Brian Ray covering 11,739 students showed homeschooled children tested at the 86th percentile. These stellar results held for boys and girls; all incomes; whether or not the parent had teacher credentials; whether their budget was above or below $600; and the amount of state regulation.

The Home School Legal Defense Association asks, “If government regulation does not improve the results of homeschoolers why is it necessary?” Many Americans coming from other walks no doubt similarly ponder the efficacy of red-tape.

The impressive results may partly derive from positive selection. And any child whose parents willingly invest so much time would likely thrive in other settings, but students previously homeschooled continue to prosper at college. They obtain above average grades with higher graduation rates.

Despite undeniable successes – or perhaps because of them – homeschooling still faces resentment by suspicious social workers and government bureaucrats. Per Christine Field, an attorney with the National Center for Life and Liberty (we are members), “If we are losing rights, it is in the social services arena where an anonymous phone call can bring authorities in to ‘investigate’ a homeschooling family. The Fourth Amendment violations committed by social workers … can wreak legal havoc on parents.”

Homeschooling represents a microcosm of traditional Americana and a rebuke of government meddling. Hence liberals hate it.
Reprinted with permission