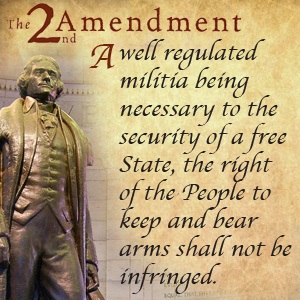 I went to sleep with a heavy and anxious heart last night because of all the disturbing news stories I heard.  I’m so troubled about the folks who lost their lives in Arizona this weekend. My prayers go out to Congresswoman Gifford, the family of the innocent little 9 year old girl,  and the others who lost their lives because of the evil man who shot them.  Dear Lord please help these families and minister to them all. Please allow them to feel your comfort and somehow give them a measure of peace through all of this.  Please Lord draw them close to you so that they may experience a peace that the world cannot give.  Please heal Congresswoman Gifford and give the Doctors wisdom and guidance as they work diligently to bring her to a full recovery.  Amen.

Psalm 34:18 The Lord is near to the brokenhearted, and saves those who are crushed in spirit.

Adding to the grief instead of helping, are those who are desperately trying to blame someone else (for political gain & power)  besides this man who did the treacherous act.  Some in the media are blaming the left….many more are blaming The Tea Party Folks, or Republicans or even  Sarah Palin!!  I’m surprised someone hasn’t put the blame on President Bush. Even though the murderer said his favorite book was the Communist Manifesto and Mein Kamph…..I’m not going to blame the reporters  on MSNBC or the Democratic Socialist party or Van Jones!!  No one is to blame except for this man himself who acted of his own free will.

Other folks, even some of my own family and friends blame the gun laws and believe that if Arizona had stricter gun laws this would not happen.  Really?  Do you remember the recent incident of someone throwing acid in a woman’s face?  Do  terrorists always use guns?  The more important and obvious question is,  Do criminals obey the gun laws?

Our neighborhood recently offered grocery store gift cards to folks who would turn in their weapons.  I just don’t believe that many gang members went for those gift cards…. do you?  In our neighborhood perhaps some seniors or gun collectors turned in a few guns,  however, we are not one bit safer because the old lady down the street turned in her gun.  We are not in a safer city because my neighbors are not able to protect themselves from the gangs who would break in to rob them or kill their family members.

Regarding the recent crime in Arizona, perhaps if there were some  in line that day who were armed, lives would have been saved.  I wish this man could have been stopped before he was able to kill the innocent. Perhaps if the good folks were armed then the bad guys would think twice….or at least be stopped in their tracks.

I’ve been thinking about the laws in Switzerland since this event.  Perhaps we can learn a lesson from the Swiss.  In Switzerland, all males are issued assault rifles for militia service and they are told to keep them at home.  As a result the crime in Switzerland is very low. In 1993, not a single armed robbery was reported in Geneva.  Shooting ranges are very prevalent there as well.  Instead of playing golf, folks are at target practice. During the local shooting festivals you will see men and women…old and young…walking or biking with rifles around their shoulders.  Switzerland is one of the safest countries in the world and is one of the most armed countries.

I’m no fan of guns and wish we could live in a world free of violence. I want to live in Mayberry where the Sheriff doesn’t keep his gun loaded.  I can’t find Mayberry though and unfortunately  until the Lords return,   we live in a very dangerous and violent world where evil often prevails.  We have a responsibility to protect the innocent….Don’t we?  Thanks for reading my thoughts…ones that  I wish I did not have to think about.  Blessings,  Anne