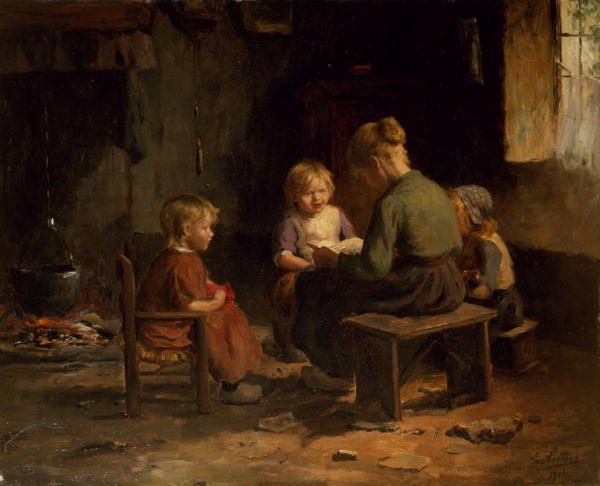 I found this little poem at  “one room school houses”  and thought it would be useful in a grammar or copywork lesson.   Perhaps it could be memorized or even put to music.

Three little words you often see
Are Articles-a, an, and the;
A noun is the name of anything,
As school or garden, hoop or swing.

Adjectives tell the kind of noun,.
As great, small, pretty, white or brown.
Instead of Nouns, the Pronouns stand
-Her head, his face, your arm, my hand.

Verbs tell of something to be done;
To bear, count, sing, laugh, study, run.
How things are done, the Adverbs tell,
As slowly, quickly, ill, or well.
Conjunctions join the words together,
As man and woman, wind or weather.

The Prepositions stand before
A noun, as of or through a door.
‘The Interjection shows surprise,
As, ah! how pretty! oh! how wise!
The whole are called nine Parts of Speech
Which reading, writing, speaking teach.