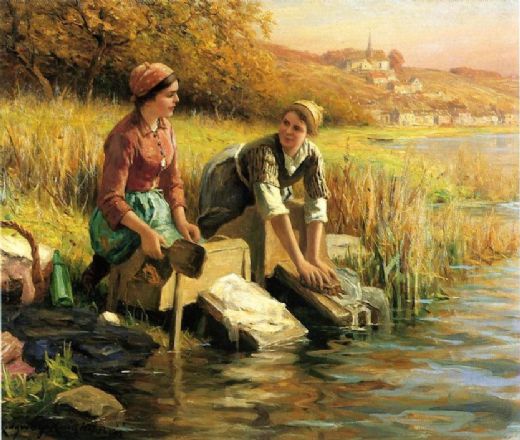 This article by Rev. Bresciani is one that homeschool parents should consider.  How are we educating our children?  Whom do we consider to be intelligent? Is it possible be smart without any moral compass?  Should we pay for a college education that  teaches moral relativism and evolution to our precious children?  Why do folks keep describing our leaders as bright and brilliant in light of their immorality and incompetence?

In a recent study reported on Politico, it is said that the reason many young voters abandoned the conservatives and more specifically the GOP was because they didn’t feel they were being considered as relevant in that party.

It doesn’t take much reading between the lines to see that after all most of them just want money for college and they think democrats are offering more ways to get it. The ulterior motive of college cash was buried between the hyped, if not fully feigned idea that they are not seen as competent or intelligent.

But if they insist on it, then we may only wonder how they might answer the following questions.

Does a President who gave billions to failed green companies, raised the jobless rate to its highest in decades and the national debt to sixteen trillion dollars, seem like a very intelligent person? Exactly how intelligent would it be to vote for him (again) in 2012?

Barack has failed foreign policy which cost his own sworn ambassador and brave military people their lives. He has left Syria to run rampant over their citizens with slaughter and nerve gases. At home he covers the gun running fiasco and the IRS scandal with obfuscation and denial. What part of that seems competent to you. Is this a reflection of your own competence or should we look elsewhere for a key example of the competence you want to be known for?

Former Presidential candidate Paul Ryan said “College graduates should not have to live out their 20s in their childhood bedrooms, staring up at fading Obama posters and wondering when they can move out and get going with life.”

This month it is reported that for 18 to 29 year olds looking for work in Massachusetts the jobless rate for them stands at 16.1 percent. How’s that for getting on with life, and just how much difference does having college money make – if there are no jobs.

Mr. Obama has now become the sole ambassador and evangelist for the gay agenda and as yet has not come to terms with the fact that killing the unborn and the pre-born is still considered murder by millions of Americans in this nation. Would those whose lives have been snuffed out without conscience or culpability consider Mr. Obama – intelligent? Must we be forced to see those who voted for him as – intelligent? Here’s a clue, perhaps your first – that will never happen.

As to competence, how can we be worried about college money for our youth to be taught that the entire universe with all of its intricacies and balance came from nothing and you came from monkeys and baboons hanging out in the trees, in spite of millions of missing transitional links? Does that actually seem like academic competence to you?

How much money should be given in grants for you to find teachers who acquaint you with the new morality, situation ethics and liberal ideologies that have come and gone in complete failure throughout the world- repeatedly?

Is it competent to vote for a man who thinks men should be allowed to slobber over the bodies of other men while his wife has determined that the greatest sin our citizens could possibly commit, is to be a few pounds overweight? Is this your idea of competence?

When this writer saw the new morality coming over a generation past, I was inclined to think that, only this nation, which sells more kinds of soap and cleaners that any nation on earth would not gather the meaning of the following verse of scripture.

“For though thou wash thee with nitre, and take thee much soap, yet thine iniquity is marked before me, saith the Lord GOD.” (Jer 2: 22)

It was not until I began to see that character had been totally replaced by the idea that being intelligent was more important.​

Being educated has become the new purity; it is the nascent morality for an entire generation that is not competent enough to see, that it is one lousy substitute for what makes men great, wise and Godly in any age or generation.

Watching this generation hotly pursuing education without dealing with morality, character, honesty and Godliness has now convinced me that we are long passed the need for soap. In fact we have arrived at the place of total perversion in a society that now demands recognition for its competence and intelligence in spite of the fact they are completely void of any purity. To wit:

“There is a generation that are pure in their own eyes, and yet is not washed from their filthiness.” (Pr 30: 12)