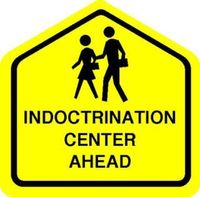 Would we be outraged if an assignment given to our child included reading material saying that the September 11th, attacks on the World Trade Center, in New York City, actually never occurred?  What if our child was told to write an argumentative essay on whether the American Revolution was actually a hoax or not. Perhaps they should write about the Vietnam War and argue if it was simply all hype.  What about slavery in America? Did slavery actually occur in America or was it some sort of publicity stunt?

One California school district assignment given under the new Common Core standards was supposed to be a lesson in critical thinking. The students were asked to write a paper on the Holocaust. The 18-page assignment instructions included three sources that students were told to use, including one that stated that the gassings in concentration camps were a “hoax” and that no evidence has shown Jews died in gas chambers.
Clearly, this project had an agenda attached, with it’s primary goal being to change the facts of history and indoctrinate students into believing that that the atrocities of the Holocaust may not have actually occurred. The Common Core essay question was, “Write an argumentative essay in which you explain whether or not you believe the Holocaust was an actual event in history or merely a political scheme created to influence public emotion and gain.”

Parents, are we prepared to have our children indoctrinated, manipulated, and told what to think? In order to avoid outrageous assignments such as this, please consider homeschooling.