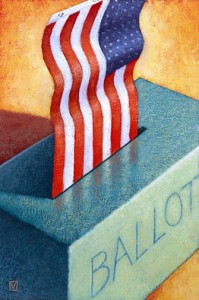 For most Americans the idea of legal immigration is a blessing.  We are a generous country and a melting pot that welcomes all.  Unless we are Native Americans, we all have a link to our mother country. Our ancestors came here hoping for a better life, seeking liberties that were oftentimes absent in our homes across the seas. Our grandparents wanted to become Americans and they were proud ones.  They never even called themselves “Irish-Amercans” or “Scottish-Americans” because they were simply Americans. My friends from Cuba remind me of this when they proudly speak of their new found freedoms in America; they are so very patriotic!

My dear friend Emma is like this. We became friends talking to each other about our love for this country.  She values freedom more than most because she knows what it is like to live under a communist regime.  She understands the misery of not being able to practice her faith, or being told to spy on her neighbors.  She understands the sadness of poverty and the inability to improve ones circumstances under communism.  She is enraged when she sees some ignorant person wearing a Che Guevara Tee Shirt  because she knows the truth about this hipster icon; who was actually a mass murderer. She also knows that if she expressed this thought in Cuba she would have been arrested and sent to a work camp. Emma values freedom and God given liberties more than most Americans. She expressed some of her thoughts very sincerely in the following list. I asked her if I could post this on my website, I hope you will  understand her heart and come to realize as she has that our Country will be lost if we do not vote for and value freedom.

I feel compelled to tell my Facebook friends why I am voting Conservative.

1.  I already lived in a Godless country and don’t want to repeat the experience.

2.  It took my family 8 years to leave the country after the application date   including   8 1/2 months of forced work as a punishment for wanting to leave Cuba. I was 15 years old when they took me out of school to put me in this awful place; a work camp which was heavily guarded by the military.  Yes, I vote for LEGAL immigration because it is a privilege to live in this wonderful nation.

3.  I could have had siblings, but because  mother had several abortions, I am an only child.  I will always vote against killing the unborn,  It is murder and has been a great sorrow for me.

4.  My family left Cuba to have Freedom.  Freedom of speech, and religion…to be able to live in dignity, peace and liberty.  The liberal party does not value these freedoms.

5.I vote for the constitutional rights that our forefathers fought for.  Since I lived as all the Cuban people have for over 50+ years, without the right to vote for the president of the country, I will always practice this right. This country, that opened it’s arms to my family is the only beacon of light for people around the world.  I vote conservative because my love for what conservative represents.  I admire and respect all who have fought for it and those who still defend it at home or abroad.  Leaving my children and grandchildren a God loving country; a safe place to live and raise their families, where they can reach their goals and take advantage of the opportunities offered to them.  This is my priority as I approach the golden years. Yes, I am a conservative and I vote to have our values and principles be taught in schools for a better society, otherwise, the socialistic ideals of the progressive liberals will destroy the main fabric of this great nation. 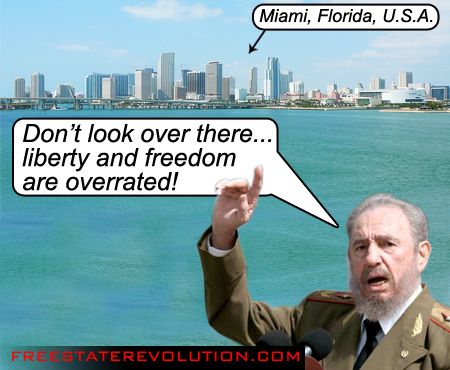 4 thoughts on “I Love my Cuban American Friends!”