My dear Daddy was born in Massachusetts in 1924.  I’m missing him today as I celebrate Father’s Day with my children and husband.  I’m remembering things abo 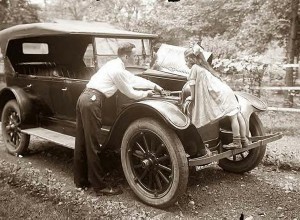 ut him on this day that are not only unique to him but also to his generation.  I’m sad that the men from the era of the great depression, and  WWII are mostly gone now. The difficult years that they endured, the simple living without the conveniences we have today, and  the poverty that many knew,  carved out a different sort of man. Perhaps a simpler man….not a “renaissance” man for sure, but a strong, wise and more masculine man.  A “get-‘er-done” sort of guy.   I’m grieving this loss today.  I don’t want them to go….I like the way they talk,  I like their values for the most part,  and wish I could keep their stories alive.  I don’t even mind if they smoke a cigarette or two  as they recall their stories.  Perhaps that’s because my dad always had a cigarette in his hands when he talked to us children.

My Dad worked hard and seldom missed a day from his job even if he was ill. His strong work ethic probably came from the fact that having a job was considered a blessing rather than a curse. He never believed in welfare and considered it a shameful thing for an able bodied man to accept.  He grew up in a poor family with 6 children and no father.  He worked for Western Union as a boy delivering telegrams, he worked in factories, he studied chemistry and then became a plater at Cambridge Plating Company and even had his own business for a while.  He was a bugle player for the United States Marine Corps.  My Dad and Mom were married over 50 years, raised 5 children and did the best they could with what they knew.

Although my Dad would have called himself a Protestant who believed in God, he was not born-again.  He did not read his Bible or ever go to church.  Because of this there was so much that he did not teach me.  I’m rejoicing today that as an old man he said “Yes” to the Savior, and realized his need for a redeemer.  He was a man of integrity though and he taught me so much and worked hard to support and love his family.

He taught me about living frugally and never allowed a light to be left on.

He was always interested in chemistry and was enthusiastic about teaching me to grow a garden using hydroponics instead of regular soil for my science project in school.

He was protective and sheltering especially with his daughters,  and taught me and my siblings  to respect and honor our  parents and other adults.

He taught us how to check the oil in our car and how to add water to our radiator.

He taught us about standing up for our convictions and not being afraid to speak the truth. 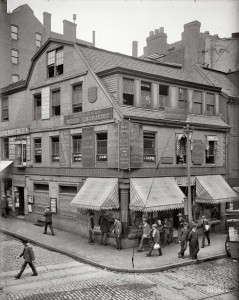 He’d carry on  about his life growing up in Boston in a single parent family during the depression. He had many stories to tell….. some were funny and some were sad,  but I relished in them all and enjoyed sitting by his side listening to stories about “the olden days.”  He told me  about the railroad man who bought him a new pair of shoes and how his mom left him to babysit his younger siblings when he was only 8 years old.  He’d reminisce  about his 6 siblings sleeping in one bed and how his sister would burn the furniture in the fire to keep them all warm during the  cold New England winters.  He told me about how he and his little brother would collect coal off the tracks and how he’d work all day for a few cents and bring the money home to his mom.

He was not perfect, and he had some struggles,  but he was the perfect Dad for me….. chosen before the foundation of the world to be my earthly father.   If I could have him back for a day, I’d make him a sandwich and a cup of coffee,  sit on the couch with him and talk about the good old days…….I’d watch an old movie with him and hold his hand.  I’d thank him for being such a blessing in my life.

I realize that it may not be possible for every one, but if you can,  enjoy your Dad today and make a memory because the Lord chose him…. just for you.