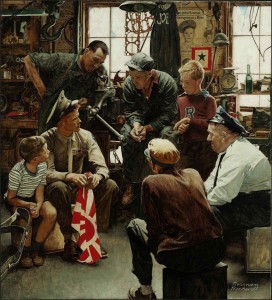 I know….I know we are not supposed to talk about politics or religion with people.  If the truth be told that saying has some wisdom behind it.  If we talk about the weather, what we ate for dinner, our new diet, what is on sale at the grocery store, what our pet is doing, how we plan to clean out the garage, our garden, or a new recipe we will have many more friends and avoid any conflicts or arguing.  Life would be well sort of  “happy” and less stressful.  To live a life of the superficial…to live a life of talking twaddle has its advantages for sure. Besides, people will like you more, you will be popular and have many more friends.  Who doesn’t enjoy having the acceptance and approval of friends?  After all, we do not want to be lonely and feel unloved.

Sometimes I feel like the girl “Anne” in the film “Anne of Green Gables” She had so much to say…and only said half of what was really on her mind.  Folks said her “Tongue was hinged in the middle” and that she could “Talk a hind leg off of a mule.”  Small talk is okay.  I am fine with this for a while…but then after a spell of talking twaddle,  it seems like someone should introduce a conversation that matters.  What is really important for folks to know.  What is really important to say.  What has true value….eternal value.  Why don’t folks want to have deep discussions anymore?

I recently finished reading the Ray Bradbury book Fahrenheit 454.  This science fiction futuristic story was fascinating to me because there were so many parallels between what Ray Bradbury wrote over 50 years ago…and what is happening right now.  Do you know why there were no front porches in the futuristic towns in this book?  Well, the folks in charge, did not like front porches because then folks would talk.  They would have deep discussions at the end of their day, and make plans for the future.  They would discuss feelings and opinions about books they had read but books were forbidden and burned in this futuristic town.  Books gave folks ideas and made them talk about deep things like politics and religion.   When folks talked they were harder to control.  Those in charge wanted folks to be busy doing nothing and watching silly television programs and hooked up to earphone things all day long.  They did not want any new ideas or thoughts introduced or discussed because that would ruin their plan.  Everyone should be the same, think the same thoughts, and live out their lives in a state of apathy. Even if  their town is dying, and their leaders are corrupt, folks should keep busy listening to their music, watching their stupid programs and never talk about anything really important….like politics or religion.  Although the folks in charge here in our America want to control and regulate the internet …..at least for now….we can be happy to have at least one place to discuss politics and religion.  ~Anne 😉