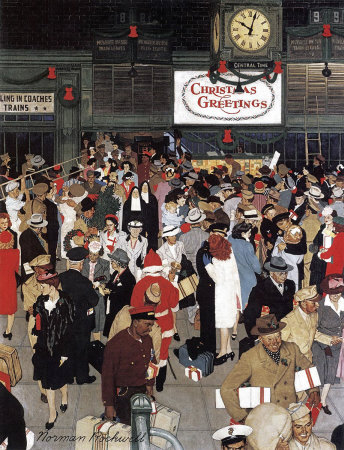 I‘m not sure who wrote this but it rings true to me for sure. Let’s shout “Merry Christmas” before we are forbidden to do so. ~Anne

Twas the month before Christmas

When all through our land,

Not a Christian was praying

Nor taking a stand.

See the PC Police had taken away

The reason for Christmas – no one could say.

The children were told by their schools not to sing

About Shepherds and Wise Men and Angels and things.

It might hurt people’s feelings, the teachers would say

Yet the shoppers were ready with cash, checks and credit

Pushing folks down to the floor just to get it!

CDs from Madonna, an X BOX, an I-Pod

Something was changing, something quite odd!

In hopes to sell books by Franken & Fonda.

As Targets were hanging their trees upside down

At Lowe’s the word Christmas – was no where to be found.

At K-Mart and Staples and Penny’s and Sears

You won’t hear the word Christmas; it won’t touch your ears.

Are words that were used to intimidate me.

On Boxer, on Rather, on Kerry, on Clinton!

At the top of the Senate, there arose such a clatter

To eliminate Jesus, in all public matters.

And we spoke not a word, as they took away our faith

Forbidden to speak of salvation and grace

The true Gift of Christmas was exchanged and discarded

The reason for the season, stopped before it started.

So as you celebrate ‘Winter Break’ under your ‘Dream Tree’

Sipping your Starbucks, listen to me.

Choose your words carefully, choose what you say