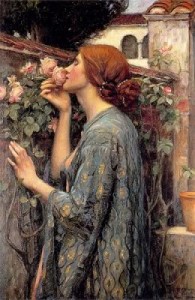 Margaret E. Sangster was born Margaret Munson on February 22, 1838, in New Rochelle, New York. She gave up an early career in writing when she married George Sangster in 1858. When he died in 1871, she began writing again. She became an associate editor of Hearth and Home. In 1875, she edited “Christian at Work” and then the “Christian Intelligencer,”. She was a prolific writer of fiction and verse, famous for such poems as “Are the Children at Home?” A member of the Dutch Reformed Church, she died blind on June 4, 1912, in South Orange, New Jersey.

It isn’t the thing you do, dear,
Its the thing you leave undone
That gives you a bit of a heartache
At setting of the sun.
The tender work forgotten,
The letter you did not write,
The flowers you did not send, dear,
Are your haunting ghosts at night.

The stone you might have lifted
Out of a brother’s way;
The bit of heartsome counsel
You were hurried too much to say;
The loving touch of the hand, dear,
The gentle, winning tone
Which you had no time nor thought for
With troubles enough of your own.

Those little acts of kindness
So easily out of mind,
Those chances to be angels
Which we poor mortals find
They come in night and silence,
Each sad, reproachful wraith,
When hope is faint and flagging,
And a chill has fallen on faith.

For life is all too short, dear,
And sorrow is all to great,
To suffer our slow compassion
That tarries until too late:
And it isn’t the thing you do, dear,
It’s the thing you leave undone
Which gives you a bit of heartache
At the setting of the sun. 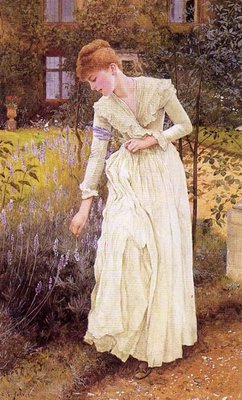