Thomas Sowell, one of the most brilliant conservative intellectuals in America today shares some of his thoughts on our educational system. I appreciate when he remarked that the experiences of life can help people outgrow whatever they have been indoctrinated into.  This is so true!  Everything from earning a paycheck to having your first child often makes you see the world differently.  Many of my child development classes went out the window when I realized that what the experts had to say not only did not work, but were in direct contrast to Biblical teachings and the wisdom of my dear Mother.  Turns out the the old paths that have been tested over and over again, confirmed by scripture were the right paths after all.  ~Anne 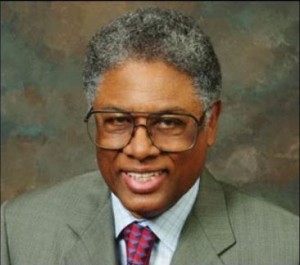 Educational institutions created to pass on to the next generation the knowledge, experience and culture of the generations that went before them have instead been turned into indoctrination centers to promote whatever notions, fashions or ideologies happen to be in vogue among today’s intelligentsia.

Many conservatives have protested against the specifics of the things with which students are being indoctrinated.  But that is ;not where the most lasting harm is done.  Many, if not most, of the leading conservatives of our times were on the left in their youth.  These have included Milton, Friedman, Ronald Reagan and the whole neoconservative movement.

The experiences of life can help people outgrow whatever they were indoctrinated with.  What may persist, however, is the lazy habit of hearing one side of an issue and being galvanized into action without hearing the other side-and, more fundamentally, not having developed any mental skills that would enable you to systematically test one set of beliefs against another.  ~Thomas Sowell, “Artificial Stupidity”