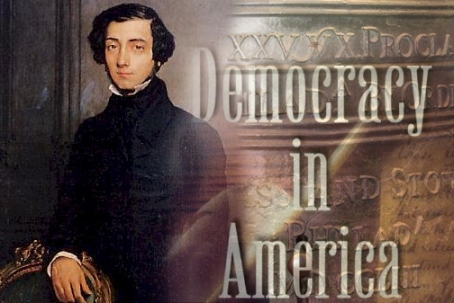 Something has happened to our America since we have turned our backs on our godly heritage, traditions and values. The truths taught in the Bible influenced our society and even those folks who did not attend church, often had respect for God and the Bible…many followed “The Golden Rule.”  America was great because America was good.  If we cease to be good, our greatness will end.

Renowned French thinker Alexis de Tocqueville (1805-1859)  made some interesting and noteworthy observations when he visited America in 1831.

I visited their manufactories, their commercial markets and emporiums  of trade;  I entered their judicial courts and legislative halls; but I sought everything in vain until I entered the Church.  It was there as I listened to the soul-elevating principles of the Gospel of Christ, as they fell from Sabbath to Sabbath upon the masses of the people, that I learned why America was great and free and why France was a slave…..America is great because America is good.  When America ceases to be good, America will cease to be great.

“Democracy and socialism have nothing in common but one word, equality. But notice the difference: while democracy seeks equality in liberty, socialism seeks equality in restraint and servitude.”
“Liberty cannot be established without morality, nor morality without faith.”