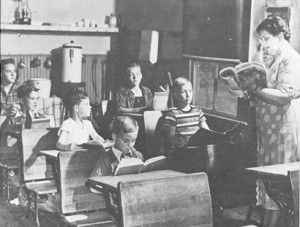 “Humanism is anti-biblical through and through. It permeates today’s schools, media, and political debates. Almost daily you can read or hear something that provides an opportunity to point out to your children how it differs from the Bible. This may be difficult at first if you have not practiced it yet. Humanists are skilled at communication. They make their views sound so good that Christians can be lured into agreeing. Watch for the tricky use of words like dogmatic or intolerance. Watch for political or societal issues that your children can understand well enough to compare with the Bible. After the news or other opportune occasions, point out something unbiblical and have a brief conversation about it…

The roots of humanism go back at least to the beginning of anti-God religion – to the people who believed the serpent’s promise that they could become wise like God. That religion spread everywhere. The Greeks embraced it in their thinking. Plato, Socrates, and other famous philosophers though they could find truth by their own reasoning. They asked important questions like what is mind, what is soul, and is there life after death. What is the origin of man? What is evil? Greek philosophers tried to solve those big questions by human reason alone. This sharpening of the human intellect was a major aim of Greek education, and modern humanism descends from those Greek roots.

On its way to us from ancient Greece, humanism passed through the Italian Renaissance. The Italians coined the name humanism. Latin umanisa was equivalent to “classicist” or “classical scholar.” History textbooks present this humanism of the Renaissance as a major turning point in western civilization, and this thinking still lives today.

To bring this humanism into Christian education is to try to merge paganism with Christianity. Humanist thinking opposes biblical thinking and unless we can push it back, our children’s generation will be promoting it even more stridently than ours.”