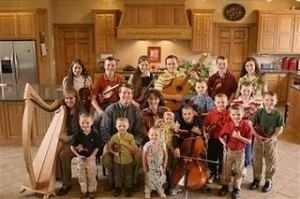 I saw this recipe  while viewing The Duggars on television one evening.  Are you all familiar with  who the Duggars are?  You know…they are the nice homeschool  family with the 19 children.  Well anyway, we tried this recipe and it was very rich, decadent and impressive to look at.  The best part of this recipe is that it is so very easy.  You really feel like you are cheating because it is only mostly homemade….sort of.

Freeze and eat as desired.

*You might want to prepare and eat this before it becomes illegal under the new health care plan. (Grin)